Principles from a Polyglot 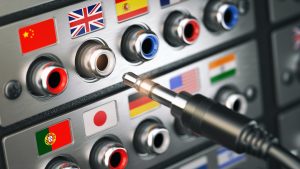 Learning the Bengali alphabet helped me bridge the gap between my family and history.

Learning Spanish helped me adapt to my new teenage-home in South Florida, where I discovered my love for reggaetón music.

Learning Mandarin helped me connect to an ancient civilization while I lived abroad in Beijing.

Fast-forward to 2017, and my latest target language of study is Hungarian.

With so much language experience and obsession, today I want to share with you some life lessons I can draw from my studies:


1) Only the present matters

When people ask me what learning Mandarin is like, I usually tell them the hardest aspect are learning how to write characters, and the easiest part is the grammar.

That’s primarily because Chinese has no formalized tenses.

Hungarian similarly doesn’t bother too much with tenses, only having a present and past tense.

Having taught English grammar formally, I know how technical the English language can get with tenses – to the chagrin of my students!

But tense-light languages feel refreshing by not having to bother so much about tenses.

I even stop worrying about getting the right tense when I’m talking English with a Hungarian speaker. It really doesn’t matter so much to get a point across.

Why not take the cue from these languages that have survived history, and not worry so much about the past and future?

We needn’t box our understandings so definitively into what happened in the past, or what could happen in the future.

What matters most is the now.

2) You’re not the center of the world

An English sentence starts with a subject even if the subject isn’t the most important part of the sentence.

Other languages, such as Hungarian, are less rigid with word order.

Start with the most important info, then follow it with the details.

For example, take the sentence:

The fact that he lied could be the most important detail here, or the fact that it happened again.

So in Hungarian, the word order would change accordingly.

“Lied” or “again” would begin the sentence, reflecting the semantic emphasis of the sentence.

In English, we absorb the framework that the subject is the most important part of the sentence, always.

Consider how that relates to you.

Take a cue from Hungarian that maybe you are not always the center of the world.

3) Let go of the gender binary

I was pleasantly surprised to learn that Hungarian has a gender-neutral third-person singular pronoun, ő.

In other words, the difference between “he” or “she” doesn’t exist in Hungarian.

(The only other language that I know this neutral pronoun exists is Bangla, and it’s also “o”!)

The inherent gender binary in most languages constructs a world fixated on the black-and-white.

We become preoccupied with ascribing gender to nouns (e.g. Spanish), or conjugating verbs differently depending the recipient’s gender (e.g. Arabic).

But what do these patterns say about the world they construct?

For me, these constructions force us to fit into boxes.

But I appreciate languages like Hungarian and Bangla, which offer some space for a world to be created beyond gender binaries.

The more I grow up, the more I realize that the world isn’t as black-and-white as I had thought.

Consider where you are operating in fixed, black-and-white terms, and places where you might benefit from more blurred gray space.