Cut overwhelm by trying this 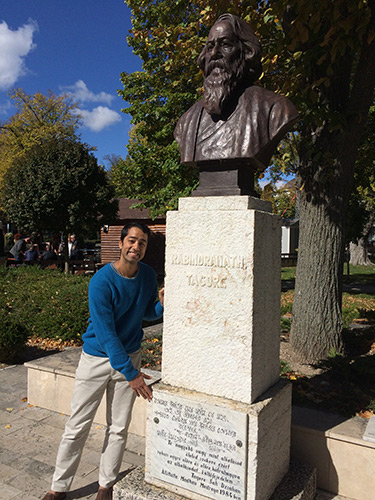 Lately I’ve been feeling a lot of overwhelm.

Why can’t I get it ALL done…and faster?!

Recently, I took a trip to Lake Balaton here in Hungary.

I went in search of a statue I heard was there, of the Bengali poet Rabindranath Tagore.

I not only found his statue, but a whole street named after him! 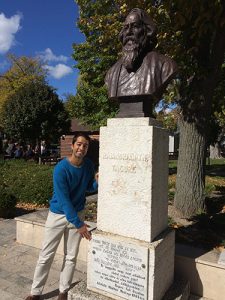 I found a statue of Bengali poet Rabindranath Tagore here in Hungary, and Bengali written side-by-side with Hungarian!

I felt in awe to see Bengali written side-by-side with Hungarian, in this European spot thousands of miles away from South Asia.

If you’re feeling overwhelmed yourself, consider trying something that can jolt you out of your current overwhelmed context.

Some examples that have worked for me include escaping into nature, breathing and meditating, and exercising.

Gazing at the lake’s harmony with the sky, which Tagore wrote about almost a hundred years ago, I felt so connected, and less overwhelmed by what seems small to me now.